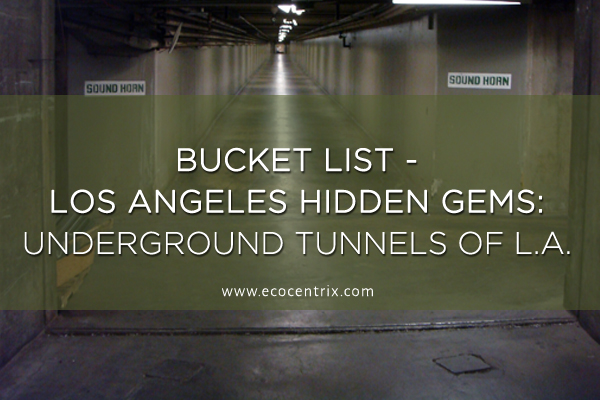 In this series, I talk a lot about architectural gems that are often hiding in plain sight. Unnoticed by the average person, they become glaringly obvious to architects and other professionals in the industry. But this time, I’m not going to be talking about a gem that you can see on your day-to-day. We’re going deeper. Way deeper. Underground, as a matter of fact!

An incredible fact about Los Angeles is that there are literally miles of rarely used tunnels running underneath our city. Many of these tunnels are very well maintained, well lit, and are technically accessible to most people (Hint: check out the old elevators at the Grand Park that say, “222 N. Hill Street”). 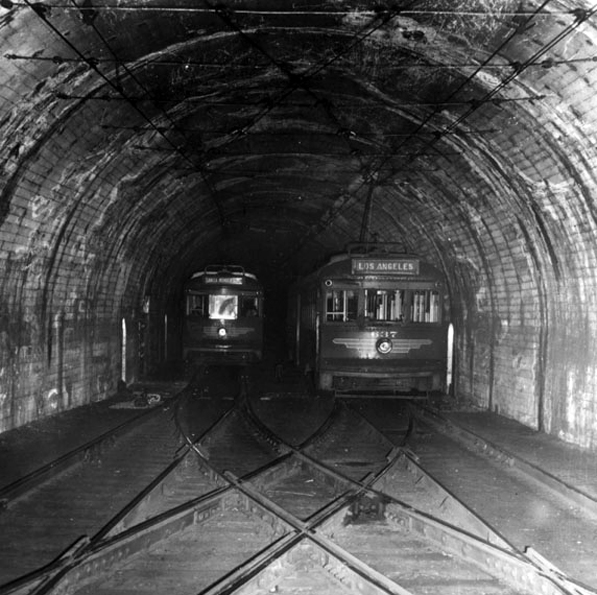 The most readily accessible underground passages for amateur urban explorers are the 11 miles of service tunnels that run beneath the city, including between many government buildings. Today, these tunnels are rarely used, mostly by city employees using them for shortcuts to get from one building to another during rainfall. But 80 years ago, these tunnels were some of the most alive and active places in LA’s history, all thanks to Prohibition! Back when alcohol was illegal in the city of Los Angeles, the bars literally went underground. The LA service tunnels became the highways into the basements of illicit bars, all breaking the law with impunity. These speakeasies become the drinking spots of choice, allowing folks to enjoy themselves underground while the sober citizens of LA walked above them. Much of this “hootch” was supplied by organized crime and corrupt officials in the Mayor’s office. Some of these speakeasies, such as King Eddy Saloon at 5th and Main in downtown L.A. and the Townhouse in Venice located just off the Venice Beach Boardwalk, are still open and thriving today (although now, they are completely legal!)

After prohibition ended, the use of the LA service tunnels dropped considerably and they began to be used for considerably more upstanding legal purposes. They were often used as transport tunnels for prisoner transfers from the courthouse to the jail cells in the Hall of Justice. This was to minimize the chances of any kind of jailbreak or escape. They were once used to transfer an incredible sum of money ($1 billion in 1960!) from the Hall of Records to the Hall of Administration. Today, they are primarily used as shortcuts and filming locations for movies and TV (Check out True Detective Season 2 for a good look at them.) 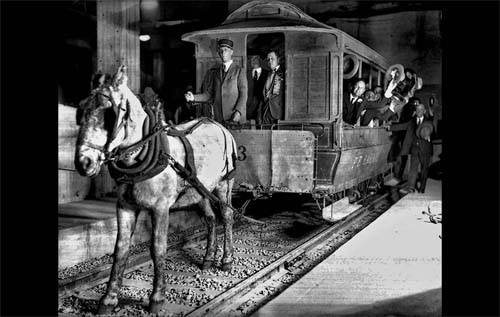 Photo: Nov. 30, 1925: An old horse-drawn car makes a trip during grand opening ceremonies for the higher-tech Pacific Electric subway, the city’s first subway, which stretched a mile between 1st Street and Glendale Boulevard and Hill Street between 4th and 5th streets. This photo was published in the Dec. 1, 1925, Los Angeles Times.

The service tunnels aren’t the only tunnels that run under LA. Before cars became the transportation method of choice for Los Angeles, the Red Cars trolleys were king. From the 1920s to the 1950s, miles of subway tunnels under LA were used by them on a daily basis. Once the Red Cars closed up shop, so too did these subway tunnels, but they weren’t destroyed or filled in. They were simply closed. And believe it or not, they are still there. Today, these subway tunnels can be quite dangerous, as they haven’t received any maintenance in over half a century. Access is cut off for most citizens, meaning that the chances you will be able to see the abandoned tunnels and subway stations of LA is slim. 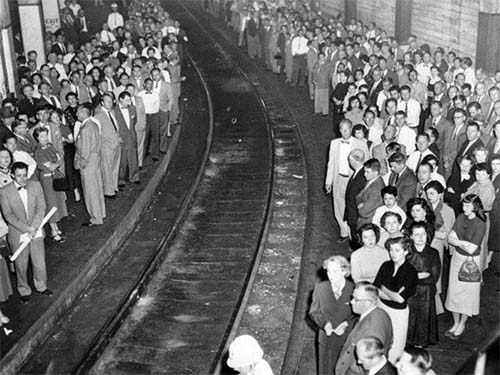 The existence of the LA underground passages has always appealed to me on a childlike level. The idea that there is an entire sprawling network of hidden passages just under ground level inspires the imagination! Looking back on the days of speakeasies and cloak and dagger bootlegging, well, it just sounds like a heck of an adventure. Thankfully, we can still get a taste of that adventure by visiting some of the locations where the hootch ran freely, unconcerned by the laws above. If you’d like to join us for a drink at the Townhouse in Venice basement, a very popular speakeasy of the time, please just register here! I’d love to get the chance to talk to you about all of the other hidden gems that LA has to offer!